So, a new year is upon us and it is our time for Conrad House to regain the title from 2011 and become House Champions.

It is time to show what Conrad have in store for you this year.

We are going to work harder and stay focused to achieve the impossible.

Start by doing what's necessary; then do what's possible; and suddenly you are doing the impossible. 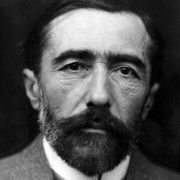 He wrote stories and novels, predominantly with a nautical setting and used the River Thames and foreshore as the locality of ‘Nellie’ in his famous novel, “Heart of Darkness”.

Read more about Conrad and an excerpt from ‘Heart of Darkness’ by clicking on his picture (right).